Independence Day Reflections on a Few of My Heroes

“Polarity Thinking is a supplement to either/or problem-solving thinking – not a replacement.”
Barry Johnson, PhD

Our individual and collective effort to achieve independence was not expected to succeed. Against the odds the grand experiment of American independence and its representative self-government has succeeded. Bucking the idea of an empire and promoting the idea of a nation melded from many nationalities, ethnic groups and religious faiths was inconceivable to most of the world, but it has happened over the 239 years since independence was declared so boldly. What has been key to the success was highlighted by Abraham Lincoln to be the ability of people and their leaders to “think anew and act anew” – essentially thinking in terms of maintaining core ideals (Continuity) AND while at the same time, being able to think and act anew (Transformation) around tensions between the Part (for Freedom) and the Whole (for Equality). 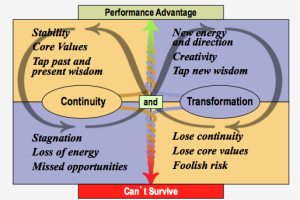 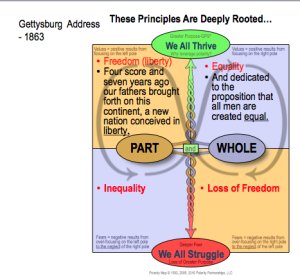 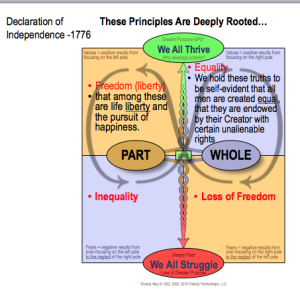 Seeking Justice as a Collective
“The nature of injustice,” he wrote, “is that we may not always see it in our own times. The generations that wrote and ratified the Bill of Rights and the Fourteenth Amendment did not presume to know the extent of freedom in all of its dimensions, and so they entrusted to future generations a charter protecting the right of all persons to enjoy liberty as we learn its meaning.”
Justice Anthony M. Kennedy
(from his Supreme Court opinion on marriage equality)

“What is needed is a realization that power without love is reckless and abusive and love without power is sentimental and anemic. Power, at its best, is love implementing the demands of justice, and justice at its best is power correcting everything that stands against love.”
Rev. Dr. Martin Luther King, Jr. 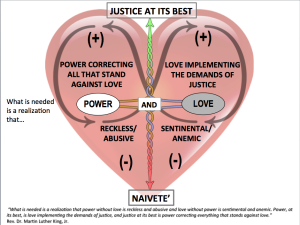 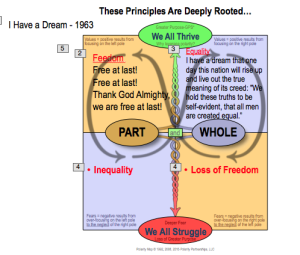 Seeking Justice Individually
“Experience is for me, the highest authority. The touchstone of validity is my own experience. It is to experience that I must return again and again, to discover a new approximation of truth, as it is in the process of becoming, in me.”
Carl Rogers 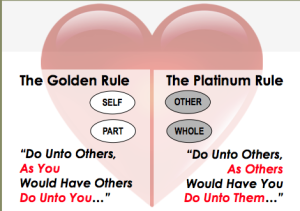