The rock stars of paradox research, Wendy Smith and Marianne Lewis, just released their book, “Both/And Leadership: Embracing Creative Tensions to Solve Your Toughest Problems” in which they say early-on:

We draw from Eastern philosophy, such as that set forth by Lao Tzu in the Tao Te Ching and from Western philosophy, including that of Greek philosopher Heraclitus. Intriguingly, these insights emerged in the same era, but in different parts of the globe with limited communication or connections. Over time, however, our societies have lost touch with the paradoxes that underlie our challenges as we have become more focused on rational and linear thinking.

Lao Tzu presents the synergy of being and non-being in the Tao Te Ching: “All things are born of being. Being is born of non-being. Greek philosopher Heraclitus offers a more direct assertion of the same idea: “What opposes unites, and the finest attunement stems from things bearing in opposite directions, and all things come about by strife.

Second, these philosophers describe life as dynamic and in a constant state of flux. Heraclitus is famous for the line often repeated today as: “No person ever steps in the same river twice.” The flowing river changes from moment to moment so does the person. Similarly, Lao Tzu says, “True steadfastness seems changeable.” Even more profoundly, these philosophers noted that duality fuels dynamism: constant change emerges as opposites continually crash against and shift one another. Lao Tzu expands on this idea: “If you want to shrink something you must first allow it to expand if you want to get rid of something you must first allow it to flourish if you want to take something you must allow it to be given. This is called the subtle perception of the way things are.”

These features of dualism and dynamics form the foundations of paradoxical thought that remain today more than twenty-five hundred years later. Modern-day paradox thinkers are building on ideas that are millennia in the making.”

Chapter 9, “Interpersonal Relationships” features how the 5-Step S.M.A.L.L. Process and the Polarity Map was used to mend a widening divide between police and communities.

Why Leaders Need To Learn To Be Able To Handle Ambiguity

Hate Friends’ or Colleagues’ POVs? Here’s the Secret to Getting Along Gallery

Hate Friends’ or Colleagues’ POVs? Here’s the Secret to Getting Along 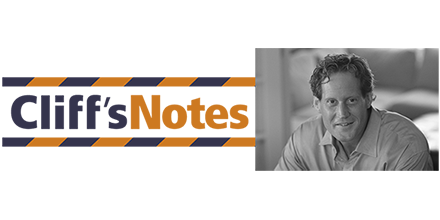 Empowerment In a Difficult Time Gallery

Empowerment In a Difficult Time